Yamanashi City in Yamanashi Prefecture is blessed with abundant nature, including the scenic Nishizawa Valley and Mount Kobushigatake, one of Japan’s 100 most famous mountains. Yoro Shuzo, a sake brewery established in Yamanashi City in 1849, has been brewing local sake using traditional methods.

Mr. Hiromitsu Kubota, the sixth generation brewer, is the Toji, master brewer, at the brewery. The name of the brewery is said to be a reference to the Yoro Falls in Gifu Prefecture, where a legend of filial piety is told that “the water from the falls became sake”. Currently, it is the only sake brewery in Yamanashi City, but he told us, “Until I was in my early elementary school years, there were other breweries in front of the station and in neighboring cities.”

The brewing water is Fuefuki River subsoil water from the Chichibu Mountains. It is believed to be soft and easy for the rice to absorb and ferment, making it an ideal water for sake brewing. 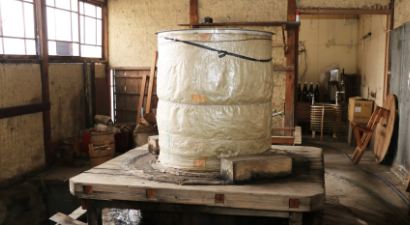 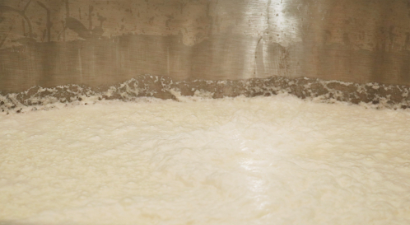 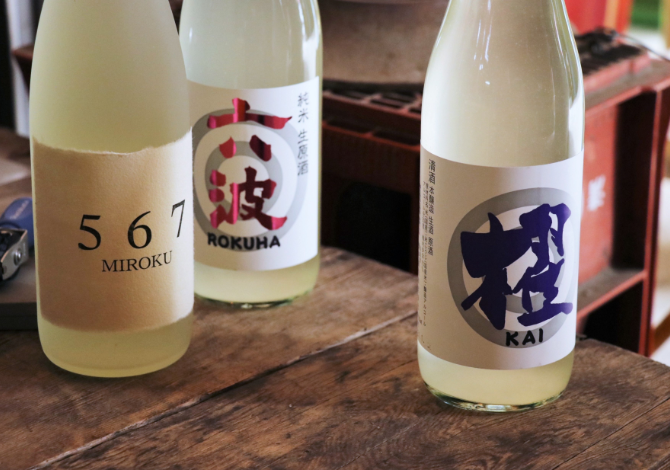 Pressing is done the old-fashioned way, by piling bags of unrefined sake inside a large wooden frame called a Fune. The pressure is applied slowly and evenly over a period of two full days, which is said to produce sake with no miscellaneous flavors. Naturally, it takes more time and effort than mechanical pressing. “As with steamed rice, I think machines can do it better and faster. However, when it comes to pressing, it seems difficult to match the traditional & manual way. Perhaps it is because our production is very small, only 100 to 200 koku (equivalent to 1,000 to 2,000 of 1.8 litres bottles ), that we are able to do this. We cannot mass produce so we prefer to keep the control every step of the way as we strive to make a sake that first satifies our own needs”, he says with the sincere expression on his face, which conveys his desire.

The most popular one is “Kai Honjyozou Nama Genshu”. It is super dry just as it is squeezed, and has a strength reminiscent of brewing in the middle of winter. The Junmai Nama Genshu “Rokuha” is a product that expresses the desire to create a new wave as the sixth generation of brewery head. It is made from the same rice as the aforementioned “Kai,” and has the same polishing ratio, but comparing with the refreshing taste of “Kai”, it has a heavier and more robust taste.

The Daiginjo Nama Genshu “567 (Miroku)” is named after Yoro Shuzo facility address. It is made from Yamadanishiki rice polished to 50% and has a light and fruity taste. The number 567 reads as “Miroku” because in Buddhism, there is a teaching that Maitreya Bodhisattva will become Buddha after 5.67 billion years, and the numbers 5, 6, and 7 are sometimes read this way. This unique product name was found after an acquaintance of Mr. Kubota had shared him this anecdote.

The ordinary sake “Yoro” has a dry and crisp taste and is best served hot. “Tamasasa Junmai Daiginjo Nama Genshu”, on the other hand, is a slightly more luxurious product. The rice is shaved into small beads, washed by hand, and fermented slowly at low temperatures. It has the mellowness in its taste like the junmai-shu, and is very enjoyable to drink it cold.

On the premises, there is “Kuramoto Restaurant & Cafe Sakagura Kai,” a 200-year-old private house that has been renovated and is run by Mr. Kubota’s wife, Naoko. The restaurant offers sake tasting, lunch and café during the day, and serves sake and food in the evening. The menu includes a variety of dishes such as salmon marinated in sake lees, sake lees soup, and sake ice cream. The place is a popular local spot known for hosting live events featuring artists from various musical genres on weekends.

Groups are also welcome to take a tour of the brewery as the open atmosphere is one of the charms of Yoro Shuzo. Mr. Kubota said, “The concept of our brewery is to make the most of what we have on site. My wife runs the restaurant and I do the sake brewing by myself, so we really limited in what we can do in terms of sales. So we think we can convey the message of the brewery better by having customers visit the brewery directly. Fortunately, we have a good number of customers who visit us. In the future, I would like to create a place where people can discover our production site and experience sake making from behind the scenes.”

Yoro Shuzo is rooted in the local community, preserving its more than 170 years of heritage while at the same time taking on new challenges and communicating the appeal of sake. “Sake brewing has been around since ancient times, and there is a culture of national sake. Although it may be a bit presumptuous, I believe that we are in a position to help other cultures. Another role of sake is to bridge human relationships. Sake has the power to bring people together to share the fun and reduce the pain by half. As a Japanese liquor store we thrive to contribute to that and we hope to be able to continue for the many years to come.”