A 230-year old brewery associated
with Akiko Yosano.
The history of the Fuji River water
Yorozuya-Jyozouten

Yorozuya Jyozouten, located in Fujikawa-cho, Minamikoma-gun, Yamanashi Prefecture, has been walking along with the development of the “Fuji River water transportation”. Surrounded by mountains, the country of Kai used to have a poor transportation system, and people often had to cross the Sasagotoge Pass or ride horses to and from Suruga to get to Edo. Therefore, 400 years ago, Ieyasu Tokugawa ordered the “Fuji River excavation”, and a waterway, the Fuji River Boat Canal, was built to safely transport people from Kajikazawa (present-day Fujikawa-cho, Yamanashi Prefecture) to Suruga. Soon people from all over the country started gathering and trading on the riverbanks, and the surrounding area quickly flourished economically and culturally. Against this backdrop, in 1790, Hachigoro Yorozuya I founded Yorozuya Jyozouten at the present location near the Aoyanagi River bank of the Fuji River. The name of the brewery at that time was “Ichiriki Masamune”. The character “萬 (Man)” in “萬屋 (Yorozuya)” means “万 (Man),” so the name was derived from the two letters “一 (ichi)” and “力 (riki)” which were broken down from the word “万 (Man)”. At the time, the brewery produced not only sake but also miso and soy sauce, and over the past 230 years, it has continued to grow prosper with the region.

Yorozuya Jyozouten is also known as a brewery associated with Akiko Yosano, who was a poet from the Meiji to Showa periods. According to President Koji Tamagawa, Junji, the younger brother of the 6th generation head of the brewery, Akira Nakagome, studied at the Bunka Gakuin, which was founded by Yosano Tekkan and his wife, Akiko, and was one of their favorite students there. Junji later became a French teacher, and he and his wife, Fumiko, worked together with Mr. and Mrs. Yosano at the school. Akira’s mother, Satoji, also exchanged letters with the Yosano couple and they had a great relationship with the whole family. Because of these connections Mr. and Mrs. Yosano took a trip to Koshu in the fall of 1933.

When Akiko visited the brewery, she wrote a famous poem, “Like going to Horyu-ji Temple, Kai’s Goshu (sake), Spring warblers are in the brewery”. Spring warblers is the name of a piece of Gagaku music created during the Tang Dynasty in China, and it is said that the song was composed to imitate the sound of a warbler. “The detailed interpretation of the song is unknown now, but it probably means ‘I have found a wonderful sake like a spring warblers'” said President Tamagawa. Akira, the sixth generation head of brewery, was so impressed by Akiko’s song that he took the opportunity to change the name of the sake from “Ichiriki Masamune” to “Shunnoten”, which means spring warblers. 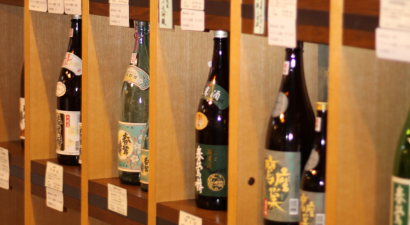 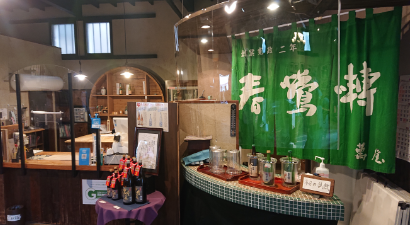 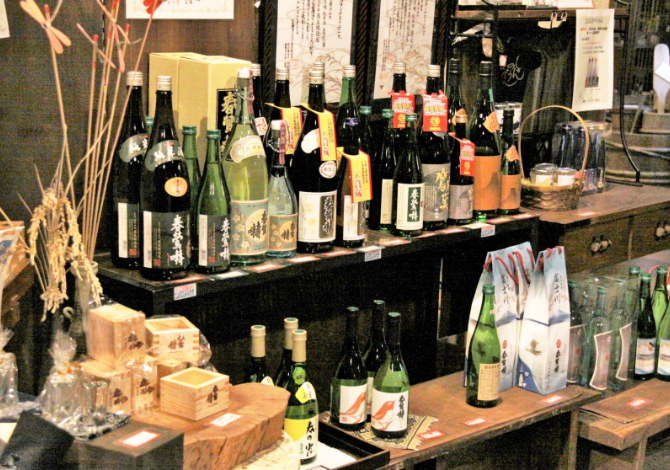 Currently, about 85% of the sake rice that they use is grown locally, mainly in Fujikawa-cho. “As a local sake brewery, we want to stick to locally grown sake rice and water,” he says, insisting on growing sake rice locally. In 2011, together with local farmers, JA officials, and producers’ groups, they established the Shunnoten Sake Rice Growing Council. They are constantly sharing the direction and ideas of sake brewing and are working on sake rice production to make delicious sake.

Three of the members of the council are also involved in sake brewing as brewers. This has led to consistent management from rice cultivation to sake brewing, and direct influence of the company’s direction and strategy in rice cultivation. The brewery also believes that “thorough processing of the raw rice is the first step in making ‘good sake'”, so they polish their own locally grown sake rice until it meets their expectations. In 2019, the previous Suwa Toji was replaced by a new Toji who inherited the skills and spirit of sake brewering, and the taste of the sake was further enhanced while retaining the flavor of the rice.

One of the most highly rated products is “Shunnoten Junmai-shu Takazasu”. This product won a gold medal in 2019 and was awarded the highest gold medal in 2020 in the premium heated sake category at the National Kanzake Contest, and has also won several prizes at the Tokyo Regional Taxation Bureau’s Sake Competition. Named after the southernmost mountain in the Southern Alps, Mount Kushigata (Mt. Takazasu), it is a dry, crisp, masculine sake that was featured in the gourmet manga “Oishinbo a la Carte”. This junmai-shu is made following the “locally produced & consumed” precept and uses “Tamazakae,” a rice suitable for sake brewing grown under contract in Fujikawa-cho, and the best subsoil water of Mt. Takazasu.

The daiginjo “Shunnoten no Kamosarurukura” has also received high praise, winning an honor prize at the 2020 Tokyo Regional Taxation Bureau Sake Competition. Shunnoten’s flagship product, brewed by carefully polishing “Yamadanishiki,” a rice suitable for sake brewing produced in Hyogo Prefecture, to a rice milling rate of 40%, with all the skill and heart of a Toji (brewer). The label features a calligraphy handwritten by Akiko Yosano and it has a light and refreshing taste and a deep, elegant and gorgeous flavor.

A gallery filled with history and culture

In 2001, the sake brewery gallery “Rokusai” was opened in a renovated 150-year-old miso storehouse. “Rokusai” is the name of a market that was held six times a month at Oiwake, a nearby road, in the 16th century during the era of Takeda Katsuyori. It was named in the hope that it would be a place where people from all walks of life could interact with each other and support local cultural innitiatives. The first floor is for direct sales and tasting of sake, and the second floor is a gallery where exhibitions of works by artists and photographers from the prefecture and mini-concerts by musicians are held once every two months.

President Tamagawa said, “As a brewery associated with Akiko Yosano, we have held exhibitions of Akiko at the gallery and at the nearby roadside station, displaying her autographs and photographs taken when she visited the prefecture. There are still many customers from outside the prefecture who do not know that the brewery is related to Akiko, so we would like to continue to promote the brewery so that literature lovers and people who do not usually drink sake can become familiar with it.”