Spreading sake from the ground up

Many sake brewers want to spread the appeal of sake and some are working to make it a reality. Yoshinobu Oosawa is the fifth generation president of Taikan Shuzo in Minami-Alps City, Yamanashi Prefecture. After studying aerospace at university, he went on to work in the automotive industry but eventually decided to return to Yamanashi at the age of 30 to take over the family business. While the consumption of sake is on the decline in Japan, he has been involved in the cultivation of Yamadanishiki, a type of sake rice, in collaboration with kindergarteners and children of Showa-cho for more than 10 years. Children have the opportunity to experience planting & harvesting rice as part of their local consumption & food eduction program with the objective to develop awareness about rice products like sake. The rice they harvest is later brewed into amazake (sweet sake) and sake before being given to the children and their parents as a gift.

The brewery was founded in Kofu City by Riemon Oosawa in 1877. In 2007, the brewery moved to its current location in search of a more suitable environment for sake brewing. Yamanashi Prefecture is known for its excellent water, accounting for 40% of the national share of mineral water production, and there are various mountain ranges in the prefecture, wichi the water from the Southern Alps is also known for its high quality water. Currently, the brewery uses the subsoil water from the Kushigata mountain range in the vanguard of the Southern Alps for its brewing.
”I used to work in Kofu, but I fell in love with the environment, the quality of the air and the water really make a difference so I decied to move here. The temperature is about 2 degrees lower than in Kofu. There is a mountain right behind the brewery, and cold air comes down from there, so it feels even cooler,” said President Oosawa. The bold decision has paid off, and people around the brewery say that the quality of the sake has further improved.

The brewery is also taking on interesting challenges, such as brewing sake using “π water,” in which water molecules are changed to a state similar to that of biological water, and brewing sake using wine yeast instead of sake yeast. These attempts, as well as their efforts to appeal to younger generations show a flexible and new way of thinking that is not bound by conventional thinking. 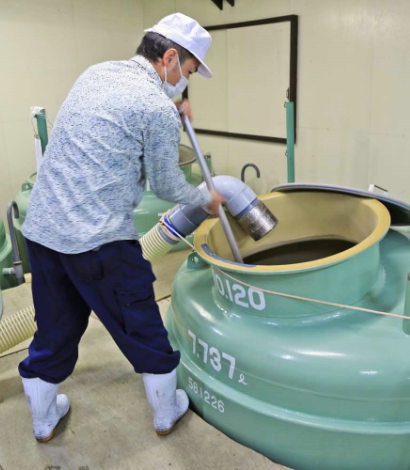 More than 90% of the raw rice that the brewery uses is produced in Yamanashi Prefecture. Yamadanishiki is used for Junmai-shu and higher class for specific class name sake, while Asahinoyume is used for ordinary sake and Honjozo-shu. In sake brewing, the koji making process is important, as the saying goes, “1 koji, 2 yeast mash, 3 making”. One of the most important steps is to sprinkle powdered seed koji on the steamed rice to plant the fungus, and if the fungus does not adhere evenly to the rice, the fermentation process will be uneven. The room is closed off to stop the flow of air, and the brewers wait motionlessly for about 30 seconds for the sprinkled seed koji to settle. After that, they mix the rice well and let it grow while maintaining the temperature and humidity. The careful execution of each of these tasks produces delicious sake.

The teamwork of the brewers is another strength of the brewery. Yoshimitsu Kikuchi, a Suwa Toji (master brewer) who lives in Haramura, Nagano Prefecture, and four others from Haramura and Chino City take charge of the brewing process. President Oosawa said, “We are all like-minded people. If we can work smoothly together, then we can make smooth sake. Sake is rather delicate, so if anything goes wrong, it will affect the taste later on, but thanks to each others’ contribution we have less to worry about.” 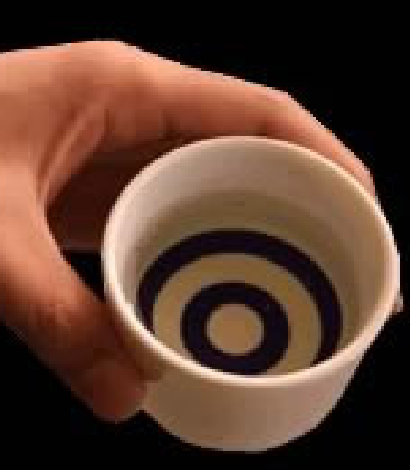 The name of the sake, “Taikan,” is derived from the crown that a military officer wore to celebrate his success in life. It has a refreshing flavour and a crisp aftertaste. “Sake is basically a food wine. Nowadays, there are various types of sake with strong aroma, but in our sake can be enjoyed without disturbing the balance of the meal. It is not too strong, but rather dry and refreshing to drink. You will never get tired of drinking it.” Among them, “Taikan Daiginjo” has received high praise at various award ceremonies, including several gold medals at the National New Sake Competition. The secret of its delicious taste lies in the time-consuming brewing process. Yamadanishiki, the raw material rice, is polished to 40% and only the central part, which is considered as the “diamond of rice,” is used. The rice is later divided into containers of 10 kilograms each and gently washed by hand. The water absorption time is also carefully measured by the second.

”Taikan Sparkling,” a product that was released in 2019, is also becoming increasingly popular, with all 2,000 bottles produced being sold out. This sparkling sake is made using wine yeast and undergoes secondary fermentation in the bottle, resulting in a light and sweet sake with a refreshing banana aroma and a white wine-like mouthfeel, followed by the flavor of sake. They promote the “produce local & consume local” as the brewery develops products that appeal to women and younger consumers like this liqueur made of sordam from the local fruit-producing area of Minami-Alps City which is soaked in pure rice wine or this other flavored drink made of the juice of crushed Shine-Muscat produced in the prefecture and blended with pure rice wine.
While preserving its history and tradition of over 140 years since its establishment in 1877, Taikan Shuzo is also working to develop unique products that can also appeal to younger generations while contributing to the local community. Taikan Shuzo brewery is looking ahead to the future with a forward-thinking mindset aiming to write a new chapter of the local sake story.