The best accompaniment to food

”We aim to make a dry sake that goes well with both Japanese and western food” says Hatsumi Komiyama, managing director of the Tanizakura Shuzo in Oizumi-cho, Hokuto City in Yamanashi Prefecture. In recent years, sweet sake has become popular, but President Mitsuhiko Komiyama, Hatsumi’s father and fourth generation brewer, believes that sake is “the best side dish to food” and has been continuing to produce dry sake till now. After conducting an AI-powered diagnosis of one of their products, Junmai Ginjo Kita no Mori, they discovered that it was a perfect match for fried chicken. They were able to scientifically prove that it has a firm sourness that is not overpowered by the salty and oily fried chicken.

The brewery was founded in 1848 by Gonzaemon Komiyama I as a sacred sake brewery. At the time, a large amount of old coins were unearthed on the premises; therefore, the brewery was known as “Kosenya”, which means “The old coin shop”. The area is recognized as one of the 100 best water sources in Japan as part of the Yatsugatake Plateau Spring Group and the brewery uses subterranean water that is drawn from a deep well. The water is weakly acidic & soft and is said to be high in silica, a type of mineral. In addition, the brewery does not outsource the milling of rice to a contractor, but polishes all the rice in-house, to control the degree of polishing according to the variety and size of the grain for each of their sake brand. 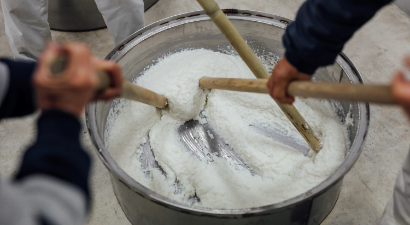 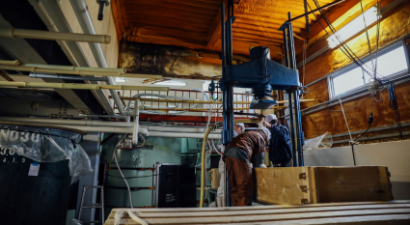 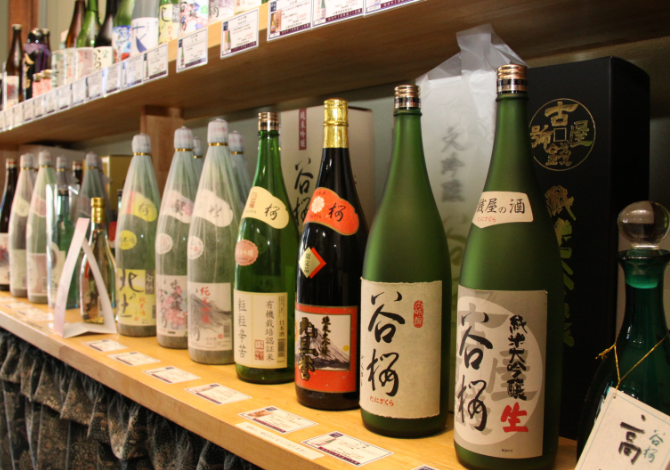 In 1998, the brewery revived the traditional “Kimoto” method for some of its products, which had been used until around the beginning of the Meiji era. This was due to the president’s desire to use an ideal brewing method that would bring out the true flavor of sake. In the Kimoto method, steamed rice and koji are ground together in a process called “yama-oroshi,” and lactic acid bacteria are cultivated and nurtured in a natural way, waiting for fermentation to proceed with the power of yeast. Although this process requires more time and effort than the rapid brewing method of adding lactic acid for brewing, the live lactic acid bacteria produce a complex and deep flavor.

”Junmai-shu Sakuramai” and “Honjozo Sakuramori” are brewed using the Kimoto method. In addition to junmai-shu, the brewery has also developped “honjozo” so that it can be enjoyed hot as well. Managing Director Hatsumi said, “I heard that our brewery is the only one in the prefecture that makes sake with a traditional Kimoto method. It’s a lot of work, but it’s a technique we want to keep as our tradition”.

The brewery is also particular about how it presses the sake. “Daiginjo Tanizakura”, “Junmai Daiginjo Namazake Kosenya no Sake”, and “Junmai Daiginjo Sakura Sakura” are pressed using the traditional Funashibori method. The fermented mash is placed in a cloth sake bag, laid out and stack up in a container called a Fune. Pressure is slowly applied and it takes about two to three days to finish squeezing. It is hard work to stack hundreds of heavy sake bags by hand, but the taste is exceptional.

”Junmai Daiginjo Sakura Sakura” won the highest award in the sake category at the Hong Kong International Wine & Spirit Competition in 2016, and won silver and bronze awards in 2018 and 2019. It is made from 100% organically grown certified rice (JAS certified rice), and is popular among women for its refreshing taste and fruity aroma. The label is made of handmade Japanese paper from Yamanashi Prefecture.

”Daiginjo Tanizakura” won a gold medal at the 2019 Los Angeles International Wine Competition. This is a product made from 35% polished Yamadanishiki rice from Hyogo Prefecture which has fruity aroma and a clean throat. In 2020, “Kosenya no sake: Hizō-Shu” won a silver medal in the well-cured sake category of the London Sake Challenge. This product is made by maturing “Junmai Daiginjo Kosenya-no-Sake” for more than 10 years in an ice-cold environment, and is characterized by the matured aroma and deep flavor that only well-cured sake can have. Managing Director Hatsumi said, “Sake with a strong individuality like ours is not suitable for the domestic competition,” but she humbly expressed her joy by saying, “I think this kind of recognition makes it easier for customers to choose our products”. 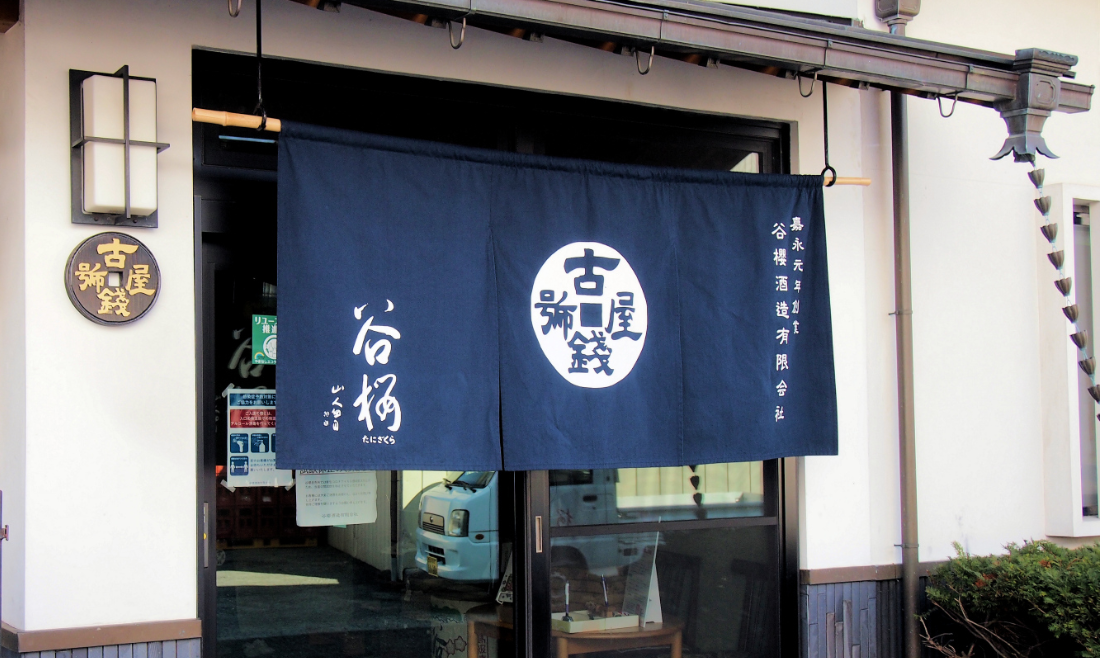 In 2013, the brewery launched “Imozake,” which is brewed in the same way as sake, but with sweet potatoes added as an ingredient. The product was named “Akeno GT” (G=Gold, T=time) after the sweet potato “Akeno Kintoki” in Akeno-cho, Hokuto City. Also in 2018, the brewery represented Yamanashi Prefecture to collaborate with Leiji Matsumoto, a master of manga and anime, in a project called “47 Famous Shogun’s Sake (Arcadia of Warring States)”, and a limited edition sake with a label produced by Matsumoto, Junmai Ginjo Kai no Tora Shingen, was produce and sold.

The sake brewing process lasts from November to March every year. For a quarter of a century, the Toji (master brewer) has traveled from Iwate Prefecture to the Tanizakura Shuzo every year to work, eat & live together with his team during the brewing season. At lunch time, a large group of people enjoy a meal prepared by President Mitsuhiko, who used to be a Chef at a French Restaurant. The environment in which the brewery workers literally “eat out of the same pot” helps to foster a sense of unity.

Managing Director Hatsumi said, “We would like to continue brewing sake that is in line with our beliefs and which values importance on individuality. We also would like to continue to innovate while preserving our traditions. It is said that young people don’t drink sake these days, but I want them to know that sake can be enjoyed in many ways like in cocktails for example. I’d be happy if at our level we could contribute to spreading the sake culture to larger audiences,” she said with a smile.