A family tradition
of over 150 years
Yamaki-Shuzoten

The name of the sake originated from Iwashimizu Hachimangu Shrine

Yamaki Shuzoten, a sake brewery surrounded by lush rice fields, is located in Takane-cho, Hokuto City, Yamanashi Prefecture. The brewery was founded in 1862 by Nakaemon Yamaki, a landowner of Kou Village (original name), and has a history of over 150 years. The name of the sake brand Kai Otokoyama originated from Iwashimizu Hachimangu Shrine (Yawata City, Kyoto Prefecture), formerly known as Otokoyama Hachimangu Shrine. Currently, the brewery is managed by the fifth generation brewer, President Shunji Yamaki, who serves as Toji, his wife and his eldest son.

The walls of the direct sales store on the premises are decorated with black-and-white photos of people performing Shinto rituals, as well as certificates presented by the Ministry of the Imperial Household (now the Imperial Household Agency). “This is a photo of my grandfather offering millet for the Niinamesai festival, a court event, in 1944. It seems that only a small amount of millet was actually offered, but the ritual was so grand,” said President Yamaki. This photo tells the history of the Yamaki family, which prospered as landowners.

The well water drawn from 96 meters underground is subterranean water from Yatsugatake Mountains. The water is soft and the temperature remains constant at 13 degrees Celsius throughout the year. This pure water is used abundantly in all aspects of the business, including washing rice, brewing, and cleaning bottles. “As far as I remember I have always been using this water. While in areas where the water is not suitable for sake brewing, you hear about people processing it, at our brewery, the Toji brewer has always been using the water as it is and we are very thankful to be provided with peace of mind from mother nature” he says. 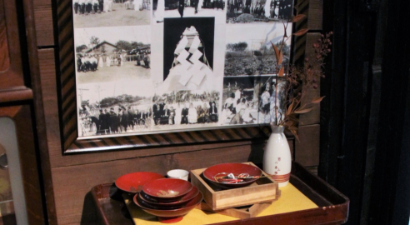 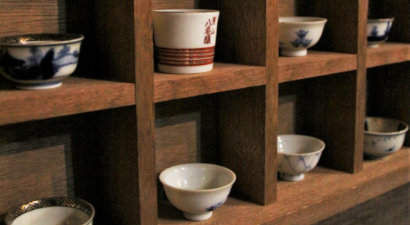 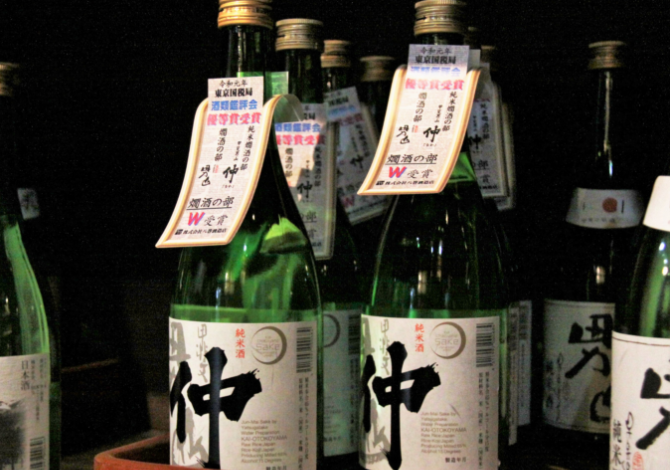 Most of the rice used to make Junmai sake is “Asahi no Yume,” produced in Yamanashi prefecture. The rice has an inherent sweetness that makes it pleasant to the palate and at the same time, it has a light texture with little stickiness, making it ideal for sake brewing. Since it is more affordable than other sake brewing rice, it has the advantage of being available at a price that makes it easy for people to pick up for their everyday use.

The most important thing in the brewing process is to make sure to minimize the variation in taste so that the quality of the sake is the same every year. “We follow the temperature and other data faithfully. In particular, the temperature of the koji and the mash which are very important to determine the condition of the mash. “Since I don’t have much experience in this field, I pay close attention to such details” says President Yamanki. He became a Toji brewer in 2014. When the veteran Toji brewer, who had been in charge of sake brewing for nearly 50 years retired, he then took the opportunity to become a Toji brewer himself.

”As a student, I use to replace brewers on their day off; however, my father, who was the fourth generation owner of the brewery, had no experience in sake brewing himself. Even now, I get anxious everytime before brewing, wondering if I can make good sake” he says. When he first took over, he studied hard with the help of the former Toji brewer and other experts. His wife also helps out when he needs it and his eldest son supports him by attending training sessions at the Tokyo Regional Taxation Bureau and at the National Institute of Brewing Research in Hiroshima City, Hiroshima Prefecture, to keep up with the latest information.

At the 2019 Tokyo Regional Taxation Bureau Sake Competition they won double prize for “Kai Otokoyama Karakuchizukuri” honor prize in the heated sake category, and “Kai Otokoyama Naka” honor prize in the junmai heated sake category. This is the first time he has received such an award since he took over as Toji brewer. President Yamaki smiles and says, “I’m the most surprised,” and adds, “Compared to the 50 years that the previous Toji brewer spent at the brewery, I’m not quite there yet, but the awards are encouraging. I’m relieved that this is the right direction for us”.

Enjoy the changes in temperature

”Kai Otokoyama”, the brewery’s flagship product, is a dry sake with a strong flavor and the lineup includes a variety of junmai-shu, ginjo, and junmai-daiginjo. “Kai Otokoyama Naka”, a junmai-shu made with 100% prefectural rice, was launched in 2017 with the idea of “making sake using only local rice and water”. The name of the product is derived from the name of the very first brewer at the origins of the brewery. It is an excellent product with a mellow mouthfeel and a strong taste of rice. It can be enjoyed cold or lukewarm, and goes well with strongly seasoned Japanese dishes such as oden, stewed vegetables, and grilled chicken.

The Junmai Daiginjo “Miko no Mai,” which is made by polishing the rice to a maximum of 35%, was developed in cooperation with the local chamber of commerce and industry. It is fruity and refreshing, perfect for aperitifs. The junmai-shu “Oyakata Sama” is a product named after Shingen Takeda, a warlord of Kai. It is a full-flavored junmai-shu, and is recommended to be consumed cold or lukewarm. “Young people these days don’t tend to like heated sake, but unlike beer or shochu, sake can be enjoyed at different temperatures. Sake is the perfect complement to a meal. I want many people to know that they can enjoy sake in many ways, such as cold, lukewarm, or hot, depending on the meal” says President Yamaki.

The family has been working together to protect the brewery for over 150 years. “I want to carry on the traditional taste of sake without being carried away by the current trends and without losing our core. We will continue to do our best to meet the expectations of our current customers as our aim is to satisfy & delight them for the years to come”.